admin June 15, 2022 Catholic Economy Comments Off on UK minister warns US politicians to be careful of their language on Northern Ireland 2 Views

One of Boris Johnson’s ministers has hit back at senior US Congress officials as tensions erupt between the two countries over Downing Street’s decision to rewrite the Northern Ireland Protocol.

Conor Burns, minister for Northern Ireland and a close ally of Boris Johnson, the British prime minister, said some US politicians risked empowering violent elements in the province in their public statements on the protocol.

Johnson’s decision sparked anger in Dublin and Brussels and now risks driving a wedge between London and Washington, where senior Democrats and Republicans have criticized the UK government.

Several members of Congress have issued statements warning of the consequences of tearing up the Northern Ireland Protocol, with some saying Johnson is jeopardizing the entire peace process.

Burns, however, said he believed such language in itself would embolden those who wanted to undermine the 1998 Good Friday Agreement.

Speaking to the Financial Times in Washington, he said: “There’s a lot of lazy talk here about what we’re doing with protocol endangering or jeopardizing peace.”

He added: “Everyone should be very temperate in their use of language. Remember that voices can ring out and can encourage people who don’t care about stability, calm and order.

Johnson released his proposals, which would end most checks on goods traveling from Britain to Northern Ireland at Irish Sea ports, on Monday evening. The new legislation would reverse the compromise the Prime Minister himself struck with Brussels in 2020, which was to allow the UK to leave the EU without establishing a hard border on the island of Ireland.

But Johnson’s decision drew criticism from Dublin, Brussels and even some within his own party. The EU threatened economic retaliation, leading Johnson to warn Brussels against starting a trade war.

The new proposals have also caused consternation in Washington, where many politicians speak proudly of their Irish ancestry.

A group of representatives from the bipartisan group Congressional Friends of Ireland issued a statement on Tuesday warning: “The introduction of legislation in the UK undermines Northern Ireland protocol, threatens international law and, more worryingly , could jeopardize the nearly 25 years of peace established by the Good Friday Agreement.

Johnson sent Burns, a Belfast-born Catholic, to smooth the ruffled feathers in Washington and to make sure members of Congress and the Biden administration were kept abreast of the British government’s decision-making process.

Congress Democrats have previously warned they will block a UK-US trade deal if the UK government tears up the protocol. Although with such a deal now looking like a distant prospect, such warnings have been rarer in recent days.

Burns said he thought many in the US government agreed with the UK on the need for a brokered deal between London and Brussels. But he urged members of Congress to be “incredibly careful and judicious in their use of language.”

“Nothing suggests to me that organizing the movement of goods in our country should jeopardize what has been 24 years and a bit of a transformed Northern Ireland,” he said.

The USTR said it had “discussed the Northern Ireland Protocol, which the United States has welcomed as a way to manage the practical challenges of preserving separate EU and UK markets while preventing the return of customs infrastructure to the land border.

“Ambassador Tai underlined the importance for the UK and the EU to pursue negotiations in good faith to find practical solutions to its implementation. She reiterated the United States’ strong support for preserving the political and economic gains of the Belfast/Good Friday Agreement. 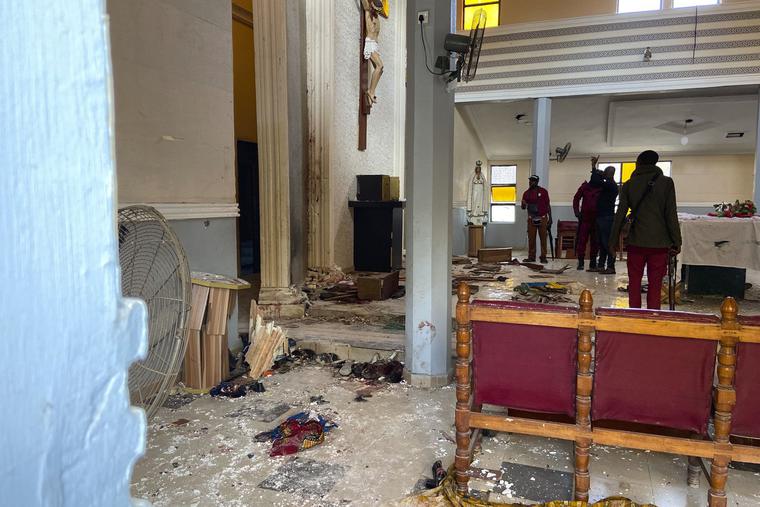 We must not forget Nigeria! | National Catholic Registry

A NOTE FROM THE EDITOR: Violence against Christians is almost daily. The June 5 massacre …