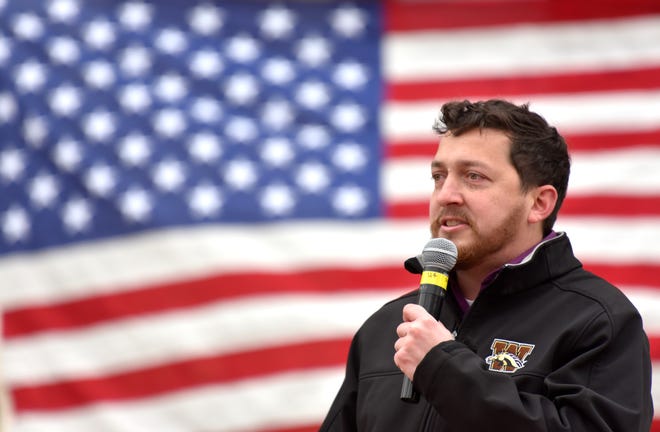 The Desclée de Brouwer publishing house, which publishes the Jerusalem Bible, has replaced the word “man” (“hombre”) with “person” (“persona”) in its new Spanish edition.

The Jerusalem Bible is among the best-known publications of the Bible. It has been published in Spanish since 1967. The first edition was published in French in 1956 and was based on the original Hebrew and Greek texts, not the Latin Vulgate, as later editions in other modern languages ​​are.

“It doesn’t seem fair to me, but I think it matters. If we read the Holy Scriptures every day, we would have realized long ago that the Jerusalem Bible translation is not the best option,” the father said. Antonio María Domenech Guillén, priest of the diocese of Cuenca.

“The change is due to the fact that the Biblical and Archaeological School of Jerusalem seeks above all fidelity to the original texts. It so happens that in the original “Greek” text, the word used does not include gender. Therefore, the translation possibilities should also not include it: person or human being,” he explained.

“If I were to put ‘man’,” he continued, “we would lack fidelity to the original text because the Greek word is neither male nor female.”

“I understand that there is an attempt to ‘polemize’ by attributing an ‘inclusive’ language to the translation. But nothing could be further from the truth, the reason for this is fidelity to the original text,” he said.

“Bible translations do not conform to modern times, but rather try to be faithful to ancient texts,” concludes the general manager of Desclée De Brouwer.

Father Jesús Silva, a Spanish priest and graduate in patristic theology, gave a detailed explanation on Twitter of what would be the best translation of the word ánthropos in the Greek text, first translated in the Jerusalem Bible as “men”, and now by “persons”.

“The term that translates, anthropos, refers to a ‘human being’, regardless of gender. However, the translation by “persons” has its problems. What people was Jesus referring to: human, angelic, or divine? Well, in the text thus translated, it is not excluded that Jesus calls the disciples to evangelize the angels or God himself,” the priest said.

Pr. Silva then stated that “since ‘persons’ is an ambiguous term, we will have to look for another one which is not. We can then translate it as “human persons” or “human beings”. In turn, this translation is equivocal, since what makes a human human?

“Let’s say it’s a ‘rational being’, as the RAE (Royal Academy of the Spanish Language) says. However, if intelligent extraterrestrials exist, it remains to be seen whether the term “human” can be applied to them or not. Until this is clarified, the concept of human person is also ambiguous.

“Perhaps the most appropriate translation,” the priest thought again, “whenever we want to avoid translating the word ánthropos as ‘man’ – might be ‘earthling’; although according to the RAE, any inhabitant of the earth is one, for which it should rather be said ‘fishermen of earthly humans’.

But as for the term “human,” Fr. Silva noted that the RAE defines it as “proper to man.” That is to say, literally speaking, what is human is what is proper to man (sic): earthling men. But what does “man” mean?

So, summarizes the priest, “with this circumlocution so just, to avoid the misunderstandings that arise with words like ‘person’, ‘human being’ or ‘earth human’, and by adopting the principle of the economy of language, we could translate the word ánthropos as “man”, which includes all of the above. »

In conclusion, Fr. Silva proposed that “in this new translation of the Bible, more adapted to our times, and guided by a principle of inclusion, as well as fidelity to the text and to the intention of Jesus, let us translate the sentence in a new way like ‘I will make you fishers of men. You are welcome.’

If you enjoy the news and views provided by Catholic World Report, please consider making a donation to support our efforts. Your contribution will help us continue to make CWR available to all readers around the world for free, without subscription. Thank you for your generosity!