A story of communion: we are all “unworthy” 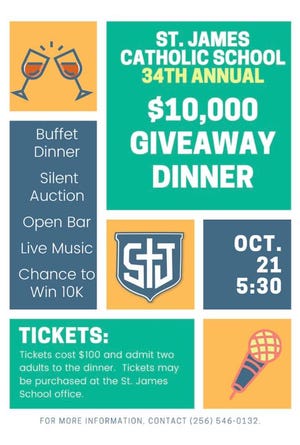 Renowned theologian and evangelist Dr. Scott Hahn kept everything in the family – the Holy Family, that is – in his public lecture at St. Joseph’s Seminary in Dunwoodie on October 1.

Recognizing that he felt like he had arrived in his “second home,” Hahn was greeted like family by the 200 guests gathered in the seminary prayer room for his public lecture on “St. Joseph. and the Eucharist. Father William Cleary, vice-president of St. Joseph, told me that the conference would be Hahn’s sixth at the Dunwoodie campus.

Hahn’s lecture was also one of the first events marking the 125th anniversary of Saint Joseph Seminary. “Happy birthday, 125 years, what a cause for celebration, joy and thanksgiving,” Hahn said.

I was fortunate enough to hear Hahn give one of his previous Dunwoodie lectures in 2018, so I was prepared for a theologically insightful talk, and he certainly didn’t disappoint. (The talk was also broadcast live and was available on the seminar website at dunwoodie.edu.)

For readers unfamiliar with Hahn, this is a former Presbyterian minister who entered the Catholic Church in 1986. He holds Father Michael Scanlan, TOR, Chair of Biblical Theology and New Evangelism at the Franciscan University of Steubenville in Ohio.

Twenty years ago, Hahn founded the St. Paul Biblical Theological Center, of which he is the president. The center promotes biblical literacy for clergy and laity so that Catholics can read the Bible “from the heart of the Church”. That last sentence sprang up when Hahn said it, and his remarks are accompanied by a succinct and understandable explanation of the scriptures that support those words.

The speech was anchored by frequent references to Hahn’s own family, which includes his 42-year-old wife, Kimberly, and their six grown children and 21 grandchildren.

Hahn is comfortable talking about his family personally, with touches of gentle humor, as well as touching moments. He mentioned a conversation he and his daughter, Hannah, had at the start of the Covid-19 pandemic, when she told him how difficult life has become without being able to attend Mass and receive Holy Communion. . She said that she would never take the sacrifice of Mass for granted again and that she was hungry for Holy Communion. Hahn told Hannah that she blessed her father more than she could ever realize and hoped she echoed the hearts of millions of Catholics during this unprecedented time.

Hahn’s speech on Saint Joseph served as a beautiful meditation on fatherhood. He quoted the words of Pope Emeritus Benedict XVI, who said that “there is only one fatherhood, that of God the Father, as Paul specifies in Ephesians… yet the man created in the image of God has been granted a share in this one fatherhood. of God in a finite and imperfect way.

To be a father, says Benoît, means above all to be “at the service of life, growth and love”. Saint Joseph made many sacrifices for the love of Christ, and his only reward “was to be with Christ”.

Hahn called Saint Joseph “the paradigm of priestly fatherhood,” which came to him in a deeply personal way in May when his son Jeremiah was ordained a priest of the diocese of Steubenville. (Another son, Joseph, is also studying for the priesthood.)

“You can all imagine how special it was for us to approach on this day,” Hahn told an audience including many priests and seminarians.

The bishop who led the ordination rite in turn knelt down to receive a blessing from their son, Jeremiah, who was now a spiritual and sacramental father.

“My son became my father in the Order of Grace,” Hahn said.

Los Angeles wipes the name of Junipero Serra, a Catholic saint and missionary, from a …