On Sunday, hundreds of parishioners packed Ohio State University’s St. Thomas More Newman Center for the final Mass observed by Paulist priests as the diocese seeks to change the vision of ministry on campus.

Some parishioners said after mass they felt empty and confused about the direction of the center, which serves Ohio State students, faculty and staff, and community members.

The Paulists, an order of Roman Catholic priests, received several standing ovations from parishioners before and during mass, which was streamed live on the internet.

Local Paulist priests were joined by Rev. Rene Constanza, president of the order of Paulist Fathers, who led the mass.

The Roman Catholic Diocese of Columbus announced in June that the Paulista Fathers would no longer run the center they had run for more than 65 years.

A spokesperson for the diocese declined to comment further via email on Sunday.

Last Mass for the Paulistas

“It is a very sad day, but also full of joy,” Constanza said at the start of the mass. “Our presence (in Columbus) goes back a long way, and guess what? Our mission…will continue.”

Reverend Ed Nowak, a parish-assigned Paulist Father and former director of the center, reflected on sunday reading from the Gospel of Luke, which is a parable about the need for Christians to reject the material world in the service of God.

“The challenge for us is not to cling to the Paulista Fathers here,” Nowak said during his homily. “But clinging to the spiritual fruits that have been borne over the past 66 years.”

Under the Paulist Fathers, appointed by the diocese to lead the church in 1956, the Newman Center was one of two parishes in the Diocese of Columbus to be classified as LGBTQ-friendly by New Ways Ministry, a Catholic outreach group that advocates for the inclusion of LGBTQ people within the church.

Adam Jardy: Not everyone feels welcome in an LGBTQ parish anymore

Nowak said during his homily that one of the spiritual fruits of the Newman Center was a spirit of inclusiveness.

“The City of Columbus, the Diocese of Columbus, the United States – the whole world needs this message of inclusiveness, of God’s mercy, love and justice for all,” Nowak said. “You have experienced it here and you will go out and carry that experience out into the world wherever you go.”

Bishop Earl Fernandes, who was installed in May this year, has appointed a new leader for the Newman Center and said he will have a new vision for the future. The Paulistas are expected to move by the end of August.

The Reverend Adam Streitenberger, director of evangelism for the diocese, assumed executive leadership of the Newman Center on July 12 and is responsible for focusing the ministry on evangelism for Ohio State students and increasing vocations, or those who wish to serve the church as priests. or religious.

The diocese said it offered the Paulist Fathers the option of remaining under Streitenberger, but the group declined.

Many St. Thomas More Newman Center parishioners expressed shock, confusion and anger at the change, with numerous letters to the editor in The Columbus Dispatch saying they felt the decision left them “in the dark.” cold”.

Letters:From ‘moral outrage’ to surprise – the era ends in an LGBTQ-friendly parish for a new vision

Alex Wimel, 21, a student from Ohio State, said after Sunday Mass that the Paulist priests were key in developing his faith as a student. He said he was “not a big fan” of the decision to change the direction of the parish.

“I’m kind of trying to keep an open mind hoping you know, maybe there’s something I don’t understand (the bishop wants) to do,” Wimel said.

Wimel said a Catholic church should try to attract as many new people as possible, and he was unsure whether the new plan to increase vocations will work. It can have the opposite effect, he said.

“I think my biggest worry is just that I’m a little worried that this concentration will discourage new people from coming,” he said. can bring to their life isn’t necessarily trying to love, make them feel like they should be priests or something, because I think if you’re new to the church, it won’t resonate really.”

Several of the Paulista priests will move, Constanza said. Nowak will become the superior of the Paulist Center in Boston. Reverend Evan Cummings will be reassigned to the order’s main church in New York and Reverend Jimmy Hsu will study Catholic Canon Law at American Catholic University in Washington, DC to become a canon lawyer.

Reverend Vinny McKiernan, who has worked at the center for more than 30 years, announced that he would stay in Columbus with a local family.

“I’m not a square, I’m in the corner,” McKiernan said during mass.

Several parishioners expressed concern about the aftermath, particularly non-students who said they now felt like they had no place at the center.

Greg Stype, a member for nearly 50 years and a member of the Director’s Advisory Council, said parish members are working to stay together as a community and plan to hold discussions in the coming weeks about the course they wish to follow.

Next week, parishioners plan to gather at the Gateway Film Center, to watch a live Mass celebrated by the Paulistas in New York, Stype said.

“The Paulistas have a very, very special charisma that includes awareness and includes forgiveness,” Stype said. “And so it will be difficult for any of us to go to a church where you don’t have that equal sense of ‘all are welcome’.”

Joseph and Julia Burns, both 75, are longtime members of the parish – Joseph Burns attended church in the 1960s. They drive 25 minutes to mass every Sundaypassing other churches along the way.

Now, they said, they are not sure if they will remain Catholic.

“I have always loved the Catholic Church, but never as much as here,” said Julia Burns.

Nowak said in an interview after Mass that the Paulistas encourage people in the parish to remain practicing Catholics.

“But yeah, it’s really hard when your local bishop doesn’t seem to care about you,” Nowak said.

Nowak said he and other Paulistas were “humbled” by the outpouring of support from parishioners.

“It’s just a unique community experience that, again, I think, if you really wanted to get into evangelism, you’d wonder why they don’t replicate that in every parish,” Nowak said.

Cole Behrens is a reporter for the Columbus Dispatch, covering public safety and breaking news. You can reach him at [email protected] or find him on Twitter at @Colebehr_report 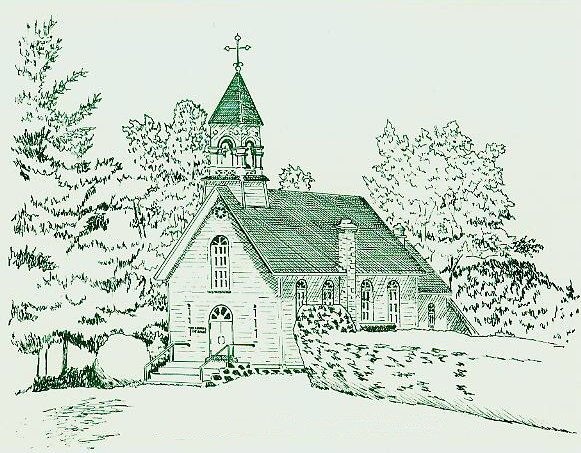