A nightmare for the Catholic Church: the pope in a coma

admin August 16, 2022 Catholic Mass Comments Off on A nightmare for the Catholic Church: the pope in a coma 7 Views 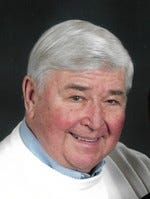 (RNS) – Despite repeatedly saying he has no plans to retire, Pope Francis recently made it clear that if he was ever too ill to perform his duties, he would resign from his post. , while doing it differently from his predecessor, Pope Benedict XVI.

But what if Francis, or any pope, falls into a coma and cannot resign? What happens if he becomes mentally incompetent?

These are nightmare scenarios for the Catholic Church because the Vatican has nothing like the 25e Amendment to the United States Constitution, which provides a process for replacing a president who is unable to perform his duties.

Likewise, in the old days, if a pope went mad, the cardinals locked him in a back room and ruled the church until he died. They couldn’t get away with it today in the age of mass media.

But in these turbulent days when conservatives and Francis fans are arguing over each other’s position, any action by the College of Cardinals or the Vatican Curia to deal with emergencies could be seen as illegitimate by others and lead to a schism in the Church.

RELATED: Pope Francis will not resign yet

Most Catholics, of course, would not be affected. Ordinary church life, highly decentralized, would continue with a hobbled pope. Masses would be said, the sacraments would be celebrated, the bishops would continue to lead their dioceses.

But unlike hundreds of years ago, the pope is now so central to the governance of the Church that it’s hard to imagine it functioning without a pope.

A few hundred years ago, bishops were chosen locally. Today, when a bishop dies, an administrator with limited authority is chosen by the diocesan consultors until the pope personally chooses a new bishop. Without a pope, new bishops could not be appointed.

The pope also plays a vital role as head of the college of bishops. Without him, we could see the college quickly descend into disputes over doctrine and practice. A pope is also needed to lead the Vatican curia.

There are rumors that recent popes have written secret documents giving instructions on what to do if they fall into a coma, but the authenticity of such a document could be called into question if it was made public only after the pope had been weakened. Also, the procedures might not be binding if they were not officially promulgated. It is better to have a public law setting out the correct procedure so that everyone knows how to proceed.

Pope Francis greets worshipers as he leaves the Basilica of Saint Mary Major after participating in a rosary prayer for peace, in Rome, May 31, 2022. (AP Photo/Gregorio Borgia)

First of all, it shouldn’t be an easy or quick procedure. We wouldn’t want a speedy procedure when the pope might come out of a coma and find he’s been replaced.

Second, it should be a public and transparent process leading to consensus that the right thing has been done for the good of the church. We do not want a procedure that could be accused of being a coup.

The process could look like this: To start the process, a petition signed by one-third of the cardinal electors would be needed to call a meeting of cardinals to determine the pope’s ability to govern. They could ask medical professionals to examine the pope and report to them on the state of his health.

This procedure would be time-consuming and deliberately difficult to set the bar high for impeachment of a pope. This would require a broad consensus within the Church that the pope is no longer capable of doing his job. With any luck, the pope would die before the end of the proceedings.

Making the process difficult and time-consuming would limit the temptation to use the process to impeach a pope with whom some people disagree.

Once two-thirds of the bishops agree the pope can no longer function, the cardinals could meet in conclave and elect a new pope, under normal procedures.

RELATED: Who can unplug the pope?

If a pope is impeded and no procedure is in place, canon lawyers would debate what to do. The Diocese of Rome, the Secretary of State, the Roman Curia and the College of Cardinals could each suggest different ways of doing this. Disagreements would lead to divisions in the church. Without an agreement, there could be a schism.

What I am describing is a nightmare scenario, but it is possible. It is avoidable if the pope promulgates procedures for dealing with an incompetent pope.